Back to all posts

Alastair Greene and his band with special guest Debbie Davies will be celebrating the release of the new record DREAM TRAIN on Friday, October 20th at the Hong Kong Inn in Ventura, CA. Advance tickets available at HiHatEntertainment.com 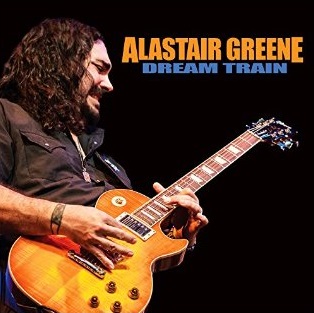 Alastair Greene’s musical journey has been anything but traditional. His combination of Blues, Southern Rock, and Jam Band sensibilities has been thrilling audiences for nearly two decades. With recent performances at the Chicago Blues Festival and the Big Blues Bender in Las Vegas as well as a recent tour filling in on guitar with Starship featuring Mickey Thomas, and many guest appearances with such luminaries as Eric Burdon, Walter Trout, Coco Montoya, Savoy Brown, John Németh, and Debbie Davies, it’s crystal clear, Alastair Greene’s star is headed up there.

Alastair recently plunged headfirst into a full-time solo career, stepping down after 7 years touring the world as the guitarist for Rock legend, Alan Parsons. Alastair is philosophical about his time playing . . . (read more)