BLUES BLAST MAGAZINE AUGUST / 2018
"Greene is a great performer and musician whose exuberance embraces his music and makes it genuine sounding. If you want a good rocker CD with blues influences, go get this CD!"

Down At The Crossroads Best of 2017

ALASTAIR GREENE DREAM TRAIN BEST OF 2017 DOWN TO THE CROSSROADS

INTERVIEW WITH ALASTAIR - READ IN HERE

"Dream Train is a superlative blues rock album; there’s not a bad song in the bunch" READ MORE

"This is an impressive album from an artist who clearly deserves more recognition." READ MORE

Truth be told, Alastair Greene stands head and shoulders above most of the competition in the blues/rock field.  While I'm talkin' smack, he blows a good deal of the rest of the contemporary competition away as well. READ MORE

Blues In The South (UK)

There is a lot of blues-rock around these days, but this is certainly one of the better sets, and far more blues based than many that claim such a description. READ MORE

Alastair Greene proves his mettle not only as a talented guitarist, but also as a singer songwriter, having written all songs on the release, excepting the Billy F. Gibbons song, Nome Zayne. READ MORE

The bluesman from Southern California has had a hectic schedule since last month’s release of his album, “Dream Train.” The featured artist for Harrah’s Lake Tahoe’s Tuesday Night Blues just finished a tour through Oregon and Northern California.

During that time he played a show in Tulsa, Oklahoma, with Starship featuring Mickey Thomas. “That’s not the kind of gig you can rehearse for,” Greene told Tahoe Onstage. “You come to sound check and run over a few things. It feels like you are a Navy SEAL where you parachute in and take care of a job.” READ MORE

Dream Train, from Alastair Greene and it's a smokin' rocker. READ MORE

Dream Train has welcome echoes of Cream, Johnny Winter, and ZZ Top yet remains consistently original throughout. The title track kicks off with a three-minute full tilt boogie laced with ripping electric guitar and a simple but effective metaphor for dreaming.Big Bad Wolf goes mid-tempo with a guitar riff slightly reminiscent of ZZ Top’s Tush. It took me awhile to figure out what the hell the title of the next track, Nome Zayne, was about until I realized it was a clever contraction of “Know what I’m sayin’,” a compact hit of social commentary. The song has a refreshing Marshall amp crunch to the guitar that I find sadly AWOL these days. READ MORE

Style wise there are touches of Southern and classic rock in there, but he has got form in that world having also toured as a member of Starship featuring Mickey Thomas. However, this time around, it’s his singing and playing that takes centre stage and you can’t go wrong if you’re fan of blues rock. Not when the trio of Greene, Austine Beede and Jim Rankin gleefully career through songs as enjoyable as ‘Big Bad Wolf’, ‘Grateful Swagger’ and ‘Rain Stomp’. Highly recommended.
READ MORE

If you’re in the mood for real hard-ass blues, something to get the blood up, have I got an album for you!  Alastair Greene’s Dream Train is like the second coming of Gary Moore- tough, emotional and evocative guitar playing and some cool tunes, coming from a blues/ southern rock/ jam band sensibility. READ MORE

Opening with the energetic title track, “Dream Train”, one can’t help but notice Greene’s vocal clarity as he sings “I never was a gamblin’ man…dream train take me away”. The rhythm section lays down the foundation that enables Greene’s fabulous slide solo. READ MORE

After seven enriching years as Alan Parsons’ touring sideman, Alastair Greene steps out with his new solo album, Dream Train, due on October 20th from Rip Cat Records. With this thirteen song collection Greene proves he deserves the spotlight. I could sum up this record with a three-word review: “The Real Deal” …but my editor expects more column inches than that and I do like to keep her happy, so let’s dig in. READ MORE

Alastair Greene is a man on a mission these days. He wants to bring his unique blend of rock and blues to fans old and new, worldwide. Greene spent seven years with Alan Parsons contributing his vocal and guitar coloring to that incredibly unique and inviting sound, known to millions. READ MORE

Read a Q&A with Alastair at blues.gr from Greece Alastair Greene’s musical journey has been anything but traditional. His combination of Blues, Southern Rock, and Jam Band sensibilities has been thrilling audiences for nearly two decades. His recent performances at the Chicago Blues Festival and the Big Blues Bender in Las Vegas have kept his Blues fans satisfied, while his onstage jams with Al Schnier and Vinny Amico from moe. and stage time with Eric Burdon, Walter Trout, Savoy Brown, and Starship featuring Mickey Thomas keep guitarists wondering what he'll do next. READ MORE 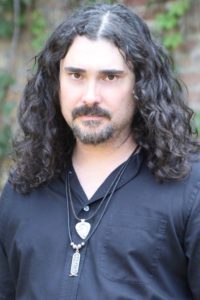 The culmination of Greene’s musical experiences, influences, and passion is his new record, Dream Train. The album was produced and mixed by David Z, whose production credits include Buddy Guy, Gov’t Mule, Kenny Wayne Shepherd and Jonny Lang. Dream Train features 13 new songs, 12 of which are Greene originals. The sole cover is a previously unreleased song written by none other than Billy Gibbons of ZZ Top called “Nome Zayne,” which was recorded with Billy’s blessing. The songs on Dream Train range from the hard driving blues rock of the title track, to the sensitive Curtis Mayfield tinged instrumental “Iowa.” “Big Bad Wolf” finds the band in familiar boogie blues rock territory while “DareDevil” takes listeners on a more traditional blues shuffle ride. READ MORE

LINK UP WITH ALASTAIR

Get on our email list!
For Email Marketing you can trust.